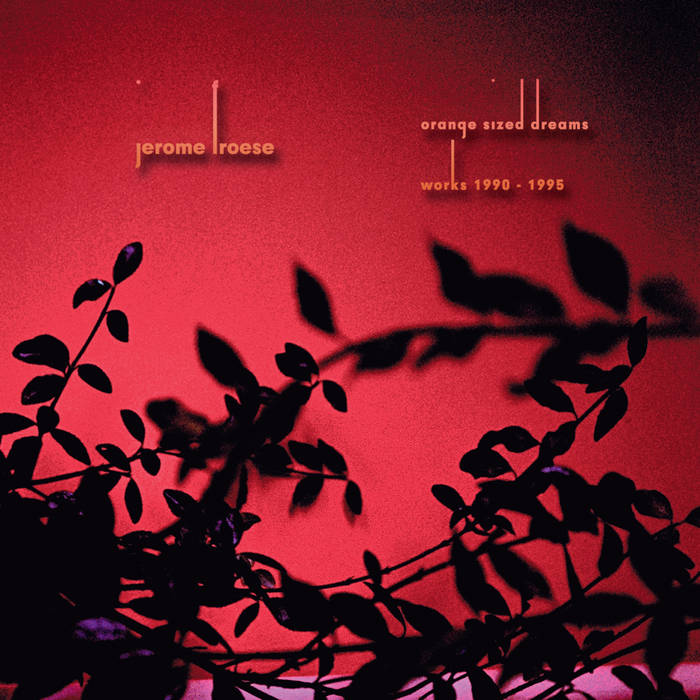 Ron at Borders Edge Music Jerome brought some great ideas and energy to Tangerine Dream during these years. Excellent mixing/production skills, this is a great listen! Very happy this was released.

A personal selection of tunes from Jerome Froese's past with Tangerine Dream. The first chapter covers the years 1990 - 1995. On OSD you will only find remixed, overhauled, re-recorded and leftover tracks. Several titles were carefully restored from the original 24 track tapes and MIDI files which partly results in a complete reshape of the material.

TRACK NUMBER 12 IS A BANDCAMP EXCLUSIVE BONUS AND NOT AVAILABLE ANYWHERE ELSE!

Track 01.
Jerome Froese: Keys, Programming & Lead Guitar
Zlatko Perica: Rhythm Guitar
Originally recorded for a release on the “Dreamtime” CD-5 in USA in 1993. But at the finish TD's studio version of “Purple Haze” won the race.

Track 03.
Jerome Froese: Keys & Programming
Most parts of the Dream Mixes series were produced with a lot of additional output which did remain unreleased. “Agent or Police?” is a leftover from "Dream Mixes One".

Track 04.
Jerome Froese: Keys & Programming
Zlatko Perica: Accoustic Guitar
A very early version without many additions but I think its a harmonious blend of beats and sounds and therefore worth a listen.

Track 05.
Jerome Froese: Keys & Programming
Zlatko Perica: Lead Guitar
That's a studio take from the 1992 US tour live material. This version
was a nominee for the 1994 studio album “Turn Of The Tides” until we changed our minds due to other track options.

Track 06.
Jerome Froese: Keys & Programming
This is a more ambient version from 1991 combined with new elements. Its a complete overhaul which alleviates the sweet-taste of the song.

Track 08.
Jerome Froese: Keys, Programming & Accoustic Guitar
Zlatko Perica: Rhythm & Lead Guitar
Many guitars were replaced or mixed down on the original release of
“Turn Of The Tides” Whatever you decide to do … here's my version of "Twilight Brigade" with all guitars on board.

Track 09.
Jerome Froese: Keys & Programming
Marc Hornby: Rhythm Guitar
Gerald Gradwohl: Lead Guitar
Studio rehearsal for the show at the Shepherd's Bush Empire - London in late 1996 with Gerald Gradwohl and Marc Hornby on Guitars. I gave this one a go because the original was composed in 1992.

Track 10.
Jerome Froese: Programming
Another leftover from “Dream Mixes One”.

Track 11.
Jerome Froese: Keys, Programming & Guitars
You probably know this composition under the name “Hamlet”. the current version was originally called “Cymbeline” composed by me in early 1992. now, almost 22 years later i've restored the original midi data on my old computer with the attitude to create a more contemporary feeling to the original. Succeeded?

Track 12. BANDCAMP EXCLUSIVE!
Jerome Froese: Lead & Rhythm Guitars, Keys, Programming
Marc Hornby: Ebow Guitar
This is an early version of that tune, recorded in a late night session in Vienna in 1991. Marc was experimenting with his Les Paul while I was trying to give that song some kind of a "Hard Rock" feel. I think it was around 3AM in the morning when we taped this.

All titles composed, recorded and arranged by Jerome Froese between the years 1990 – 2014.
All tracks on this release are compiled, re-mastered or remixed from
the original 24 track tapes, computers or stereo master tapes in the first half of 2014 at the “Noontide”, Berlin.

The original tracks can be found on the following Tangerine Dream "Grammy Nominated" albums: