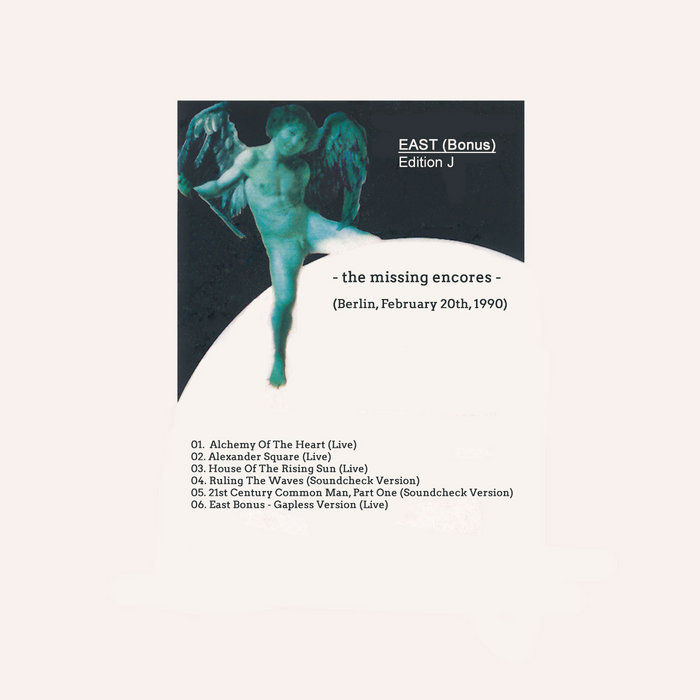 Back in 2004, this limited bonus disc was sent to the first 200 customers of the TDI web shop who ordered the main concert recording "East". Originally released as a CD-R with TDI logo in a simple white cardboard sleeve with a small printed sticker.
The original has been out of print for years and is now a rare collector's item.

All titles were performed live on 20.02.1990 at the Werner-Seelenbinder Halle, East Berlin by Edgar Froese, Paul Haslinger & Jerome Froese

Tracks 04 and 05 are versions from the soundcheck on the afternoon of February 20, 1990. Track 04 was also played as an encore that evening, while track 05 was not performed again.

All tracks on this release are compiled, re-mastered or remixed from
the original tapes, computers or stereo master tapes in 2022 at the “Noontide”, Berlin.